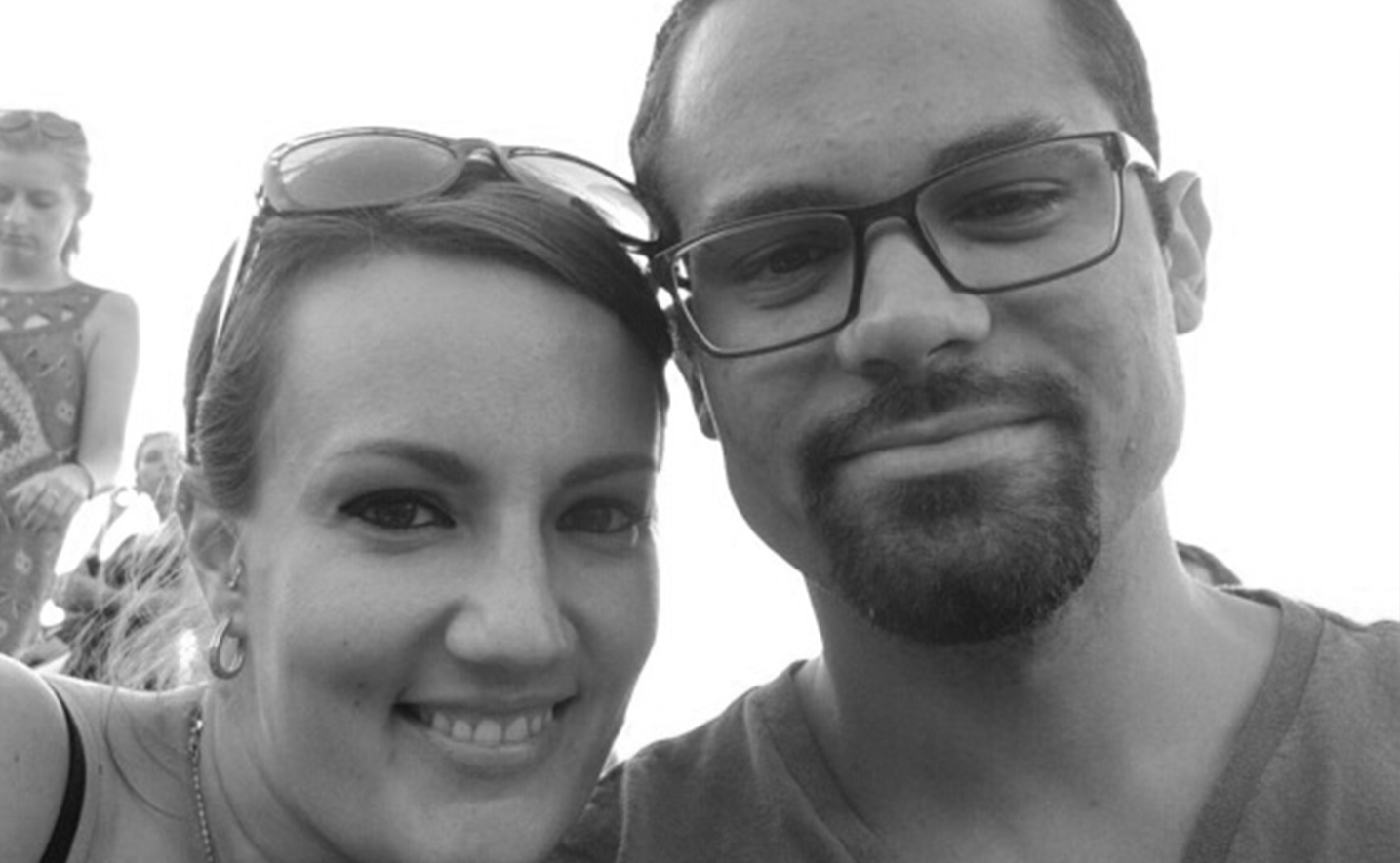 From Pessimist to Optimist with David Gittens (Part 1 of 2)

In the conversation, David Gittens, real estate investor, entrepreneur and host of the Motivational Monday Show talks about the life change he went through in recent years. A process that’s transformed him from a pessimist to an optimist who influences others.

Charles: One of the things I’ve noticed about you is that you’re very positive person.

David: I am now, didn’t always used to be.

Charles: Why is that?

David: Am a living proof that you can from pessimist to optimist.

David: In a very short period of time. I’m talking about probably in the last year and a half I was a pessimist for most of my life.

Charles: Huh! Why? Can you give me some examples of how you view yourself as a pessimist?

David: Absolutely. I probably … debilitation thoughts. Self doubt. Thinking that I can’t achieve certain things because of cultural issues or because maybe I didn’t try that hard in school. Maybe I’m just set to be at a certain level in life.

David: And things like that held me back from achieving my ultimate goals. But I’ve always had a hard working ethic that I got from my mother. She kind of just instill, not even with words, she just instilled me this hard work ethic because when I was born she had nothing. She was on welfare. She went to school. She studied. She got her degree. She got us out of a bad situation. Moved to Michigan from Connecticut. And she just continued to grow. She got her first accounting job. That’s what she went to school for.

David: So she overcame a lot of obstacles and I saw that. So it’s not even a matter of of what she said, but it’s just her actions.

David: That taught me that hard work can get you what you want. But, that still didn’t change my mind set of being a pessimist. I just … I think some people are just born with it, maybe?

David: And I know that have pessimistic thoughts still.

David: But I’m able to get out of those situations so quickly because I have trained my mind to think differently, to think about all the things I have to be grateful for.

Charles: So are you saying that you face some distinct amount of trials all at one time or was it something that just, it was just a slow learning process to go from being a pessimist to an optimist?

David: I think it was probably a lifetime of things because my mom worked a lot so she switch us through, me and my sister, through a lot of different daycares and stuff like that. They had their goals too, and I don’t blame them for that. But that involved us going to many different daycares and trying different people and stuff like that. I know I went through some bullying when I was younger, and I didn’t know how to deal with that. I just kinda just kept it all inside ’cause I didn’t want to look like a pansy. I just kinda buried instead of fighting back or whatever at the time when I was much younger.

David: I think those things really got to me over time. Another thing, I always … I struggle with reading when I was very young. I think my mom just told me recently that when I was in kindergarten or first grade they wanted to actually hold me back, but they just kinda pushed me through the system. And I never really caught up so I just got something that I actually hid as secret for many times and only recently come to tell others about that. But-

David: I think it was just, might have been like a dyslexia. Just think it was challenging so I gave up. I start reading sentences or paragraphs and wasn’t easy for me. I saw other people did it like it was no problem. But because it was challenging for me, I didn’t enjoy it and because I didn’t enjoy it, I just would not do it. So because I did not do it, I never got any better at it.

David: So it wasn’t really until a couple years ago, I started reading more. I have six year old now, but I wanted to make sure that he would be good at reading because I know all the struggles that I went through not being good at reading. All the extra effort I had to put in to my school work because it took me longer to read so I wanted to make sure that reading is key, a key fundamental for all the things that you do.

David: In education at least so I started small. I started reading to him at night. Then, I started following people on … Motivation people, people that are wealthy, people that are inspirational, and I think something recently that 88% of wealthy, successful people read 30 minutes a day.

Charles: Yeah, that would make sense.

David: Makes sense, you know? You have to educate yourself. You have to continuously be a student.

David: So I started challenging myself to that. Slowly but surely I got better at reading, and it wasn’t really a dyslexia issue. I think it I was just lazy and when freaking, my mind started to wander, I had to skip back-

David: What did I just read? Stuff like that. I just needed to channel myself away from that and just do it. And just like anything else you’re gonna get better at it. You’re gonna start it. It’s going to be challenging at the beginning. Whatever. Just push through it, it’s gonna be easier, easier, easier.

David: And now on to the next.

Charles: On to the next.

The level of optimism that I’ve seen … I’ve known you for a little bit now. A while. I’ve seen you through the hallways at church and one of the things I’ve noticed about you, you have countenance about yourself. If you would’ve told me that you are a closet pessimist, I wouldn’t have believed ya.

Charles: Just because of your countenance and the way you carry yourself. Even the way that you’re guiding your son, it’s very evident in the way your son reflects you. And your son is, seems to me, to be very optimistic.

Was there a spiritual change that happened to you as well when you were basically trying to get away from that pessimism into more of that optimism?

David: Absolutely, this optimism has only come in the last year, year and a half as I mentioned. And that is solely because … I should probably revert backwards. I grew up in a church. That’s actually how my mother met my stepfather.

David: Was through our church and it was a very good church. I won’t say the name, but I never felt I never got an education. Maybe it was ’cause I was crappy at reading, but I think a lot of churches as a whole just kinda “do what I do” type thing. Children are raised in the church, and you’re expected to get baptize and then just follow suit. Then your kids do the same thing, but I never had an understanding of why I was getting baptized. Why these things? Maybe you’re not supposed to challenge these ideas, but that’s just not me. I challenge all things.

David: Yeah, very true. But you see all the adults are just kinda going to church, signing the hymns, and this and that. It’s all beautiful. But why?

David: So it wasn’t until, I want to say a year and a half ago, that I started going to Mt. Zion Church with Pastor Loren Covarrubias. And he … His ministry, his sermon almost, I was drawn to it, I actually in the begging when I started going to church, I didn’t really know why I was going ’cause at the time, to be honest with you I would consider myself a serial sinner. I was living for myself at the time. My life was kinda in shambles. My marriage was falling apart. Everything around me was falling apart, and it’s because I was trying to manage it all on my own. I was holding all the weight, and I was not being very successful at it.

David: So I started going there. Me and the wife started talking to a minister there, and he got us back on the straight narrow. Allowed us to be honest with ourself, and he convinced us to start going to what’s called a Foundations Class, where it taught us what being baptized is all about.

David: It’s a great class. I’ve taken twice now. I got my babysitter to take it, and she accepted the Holy Spirit into her life as well.

David: We took the class. We decided to get baptized, and I left everything in the waters in the baptism. I left all my sins and shame. Not to say none of it came back, but I was willing to declare that day that I was gonna start living my life differently.

David: Absolutely, they call it circumcision of the heart.

David: So after that, I took a discipleship class. I just was so hungry. I wanted to just learn more and more about what God had to offer for me. In the Foundations Class, they taught that Christianity wasn’t about showing up to church. Church is just the body of Christ. Christianity is having a personal relationship with Jesus Christ. I never knew that. Maybe somebody had told me that, but I never knew that it wasn’t about all the bells and whistles. It doesn’t matter how big your church is or whatever you do … You’re a saint on Sunday but you do whatever you want Monday through Saturday.

David: But I had the firm understanding, and I just wanted to know more about what was in this book. I never really read the book to be honest with you. I think a lot Christians probably don’t read the Bible.

Charles: It can be a little confusing.

David: It can be very confusing.

I got, I don’t want to say dumb down version, but I got a easier version to read. I have NIV or the new living translation which was a little bit easier to listen. I started listening to it on audio while I ran at the gym.

David: But like I said I was just so hungry. I just wanted to know more and more.

Listen to the Next Conversation

No Excuses, Just Solutions with David Gittens (Part 2 of 2) 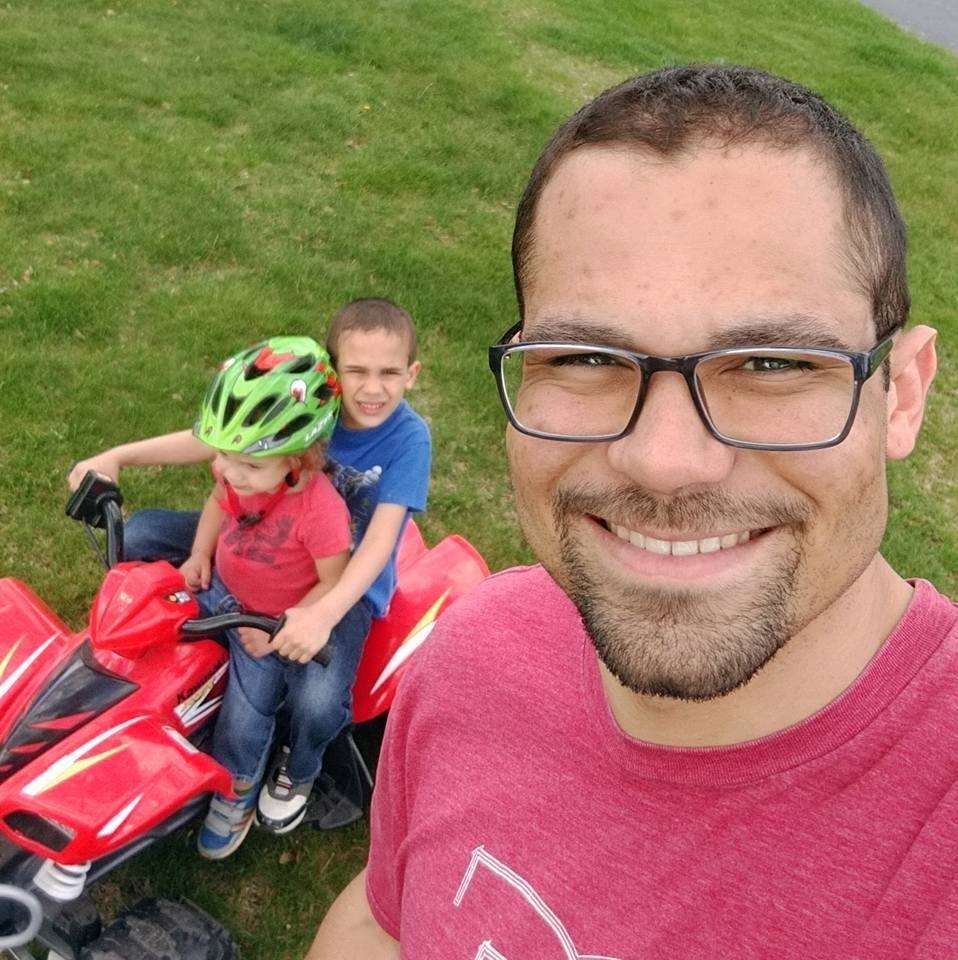 David Gittens is a real estate entrepreneur and host of the Motivational Monday Show. His passion for real estate hustle is often seen on the Renegade Detroit Investors Real Estate Club live Facebook feeds. Dave’s goal has always been to be the best version of himself both personally and professionally.

Family is very important to Dave and so is his local church. You can find him playing pool at times with his Men’s Accountability Network or M.A.N Group sessions held occasionally at The District Venue in Lake Orion, Michigan.

David’s always open to new ideas on ways to improve. His hustle and drive are always reflected in his family and business ventures.