While on my flight back from Los Angeles, I began working on this digital painting of Magic Johnson. Magic was an icon of the Los Angeles Lakers and part owner of the Los Angeles Dodgers. He was a fixture in my household with the Laker’s Showtime Dynasty on the TV regularly in the 80’s. With five NBA Championships as captain of the Lakers, his smile captured us all. I wanted to capture one of the biggest rivalry in 1980’s basketball between the Lakers and the Boston Celtics led by Larry Bird.

If you're a competitive person, that stays with you. You don't stop. You always look over your shoulder. 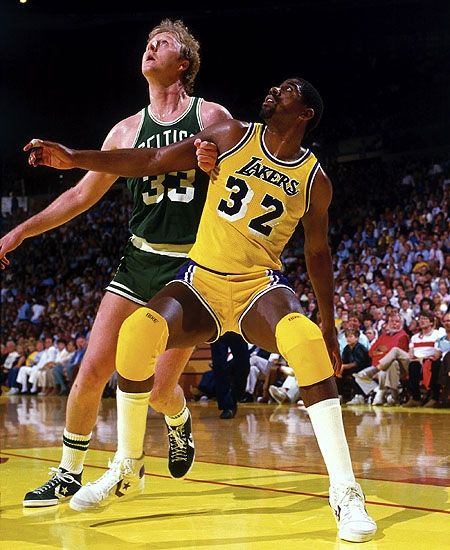 Magic went on to have NBA Finals rivalries with the Detroit Piston’s Isaiah Thomas and the Chicago Bulls’ Michael Jordan. He also led the 1992 Dream Team to Olympic gold in Barcelona. That has always been a fond memory of mine when I was younger.