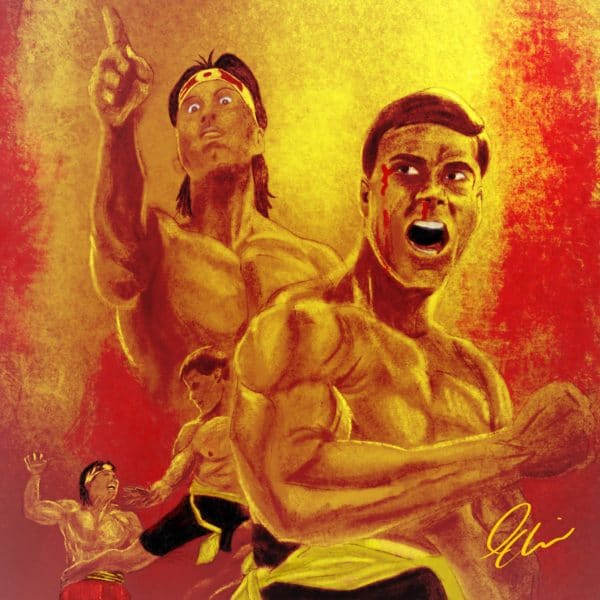 U.S. Army Captain Frank Dux (Jean-Claude Van Damme) has trained in the ways of ninjutsu under his sensei. As a boy, Dux and a group of his friends broke into Tanaka’s home to steal a katana, but Dux was apprehended while returning the katana to its place. Impressed by Dux’s integrity and toughness, Senzo decided to train him alongside his son, Shingo (Sean Ward). After Shingo’s death, Senzo trains Dux as a member of the Tanaka clan. Dux is invited to the Kumite, an illegal martial arts tournament in Hong Kong. After his Army superiors refuse to let him go, Dux goes absent without leave, says goodbye to his sensei and leaves for Hong Kong.

After arriving in Hong Kong, Dux befriends American fighter Ray Jackson (Donald Gibb) and their guide Victor Lin (Ken Siu). When they arrive at the Kumite arena, the officials are skeptical but eventually accept them after Dux proves his connection to the Tanaka clan by performing the “death touch.” On the first day of the tournament, Dux earns the enmity of the ruthless Kumite champion Chong Li (Bolo Yeung) after breaking his record for the fastest knockout.