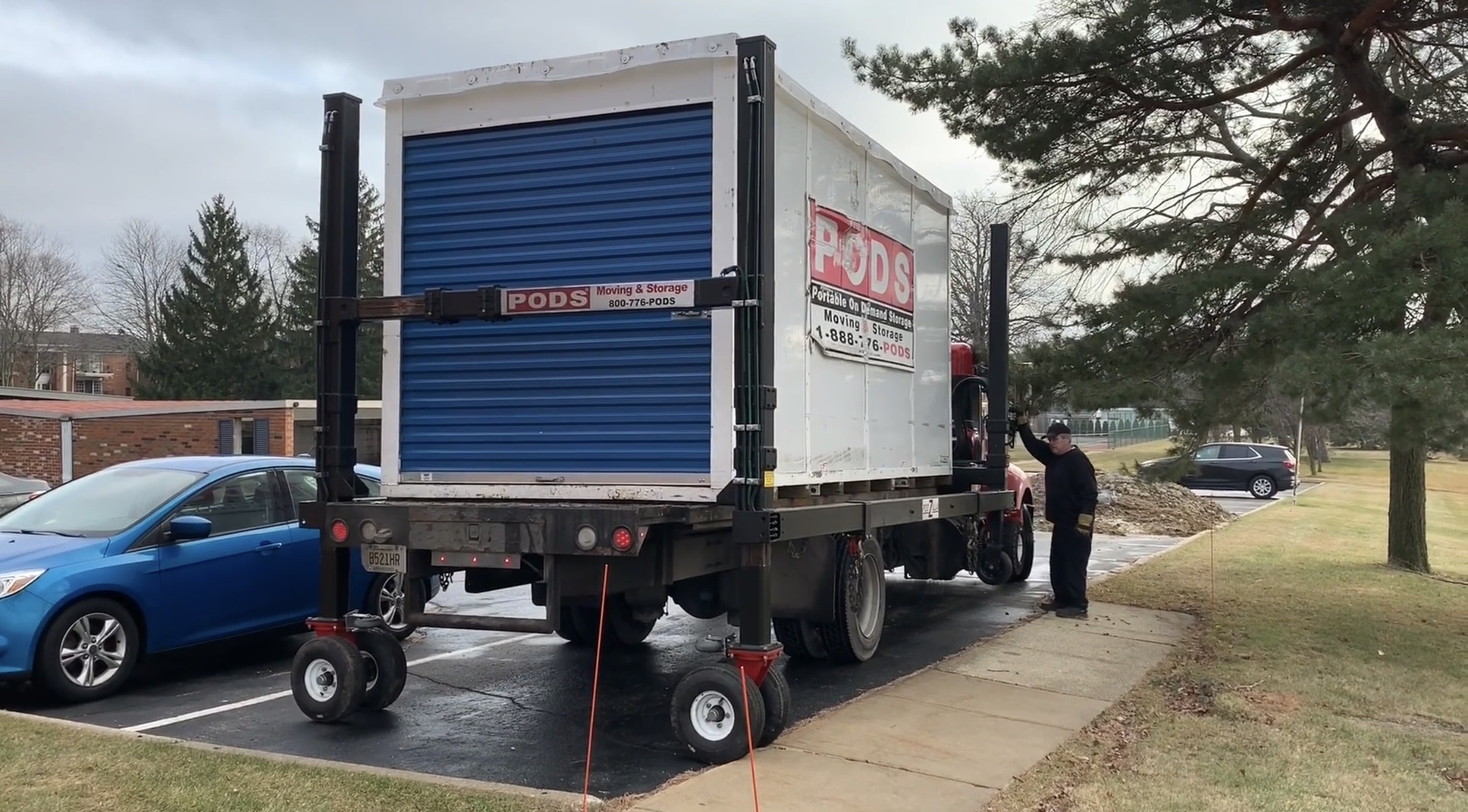 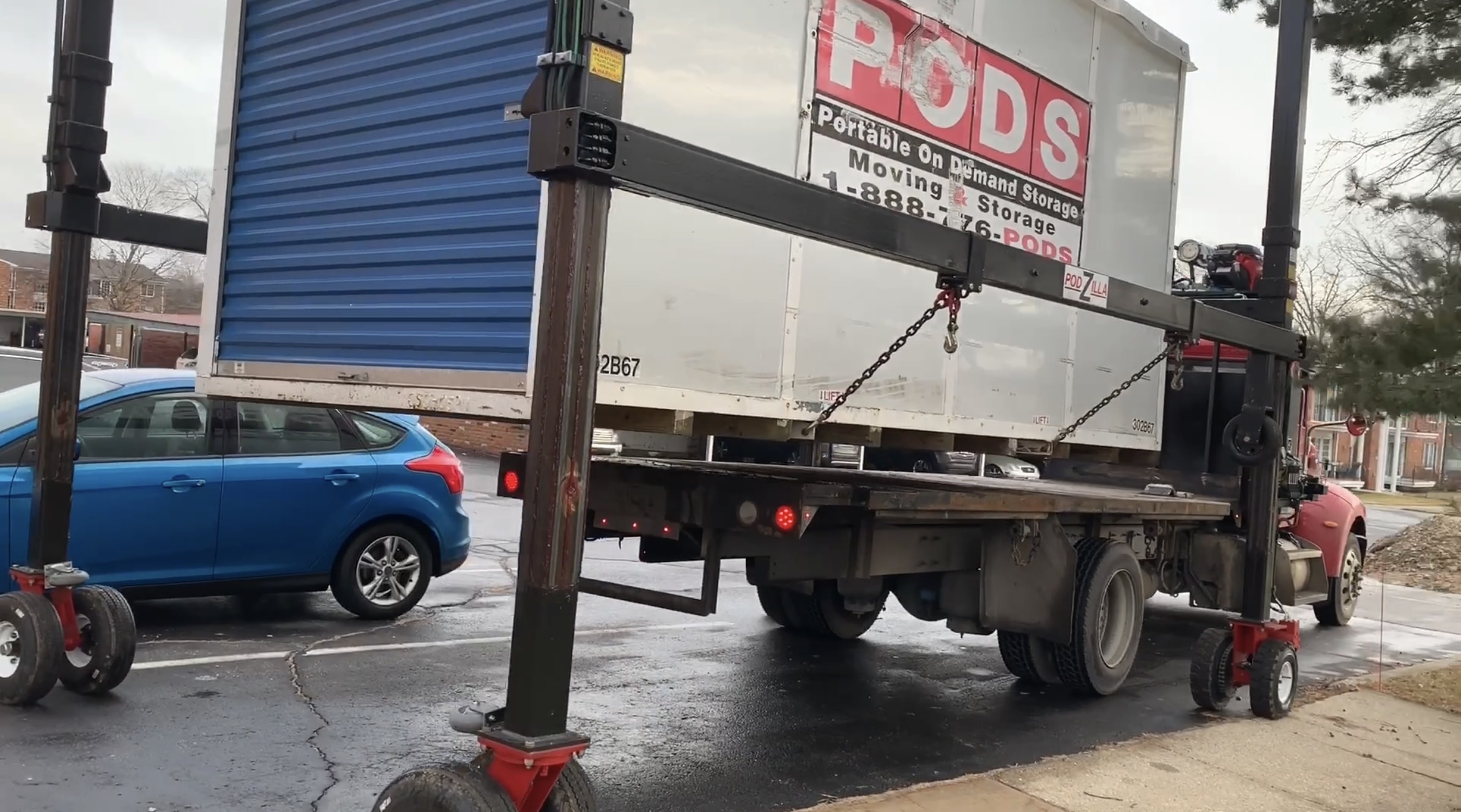 Before I sold my condo I was planning on moving to an apartment closer to Rochester Hills, MI. However, after touring a few of them the monthly rate either quickly went up in price right at the time I needed to move or the lease terms weren’t cost-effective. I had to make a quick decision. I decided to move to an Auburn Hills apartment complex I lived in during the economic recession of 2010.

After speaking to the leasing office at the apartment in Auburn Hills, they told me they wouldn’t have a unit ready until January 18th. I needed to be out of my condo by January 1st. How would I coordinate a move that required multiple moves? I could use Two Men and a Truck, but where would I store my stuff seeing that I couldn’t move in immediately?

Getting Quotes From Local Moving Companies

There were two choices at the time. I could rent a U-Haul twice and move to and from a Compass Self Storage in Rochester Hills, or use the PODS portable storage containers. PODS has a storage facility in Warren, MI that’s in close proximity. Note after making calls to get quotes on moving and mini-storage facilities, I was bombarded with sales calls.

Deciding on the PODS service was an easy one for my situation. Rather than moving everything I had, I purged my home of old bulky furniture. Probably a good idea to purge your home of everything that hasn’t been used in years. I gave away a few things to family members but mostly gave to The Salvation Army.

PODS has an online account manager for coordinating your pick-up, storage, and drop-off dates. It’s very convenient, but I’m not sure if they’ve worked out all the bugs yet. After choosing a date, the account manager would throw me out of it so I’d have to log back in. Another thing to look out for is making sure you schedule far enough in advance. Spots get booked quickly, especially during the holidays. 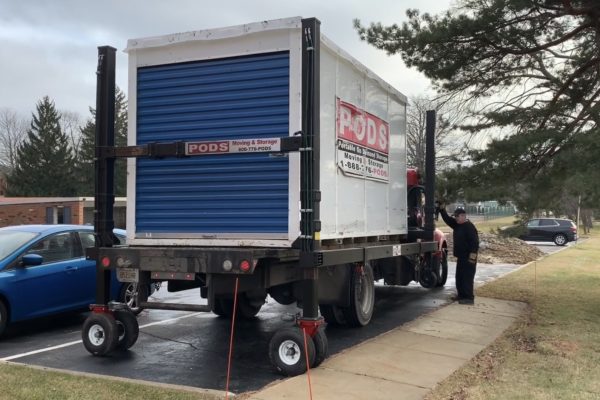 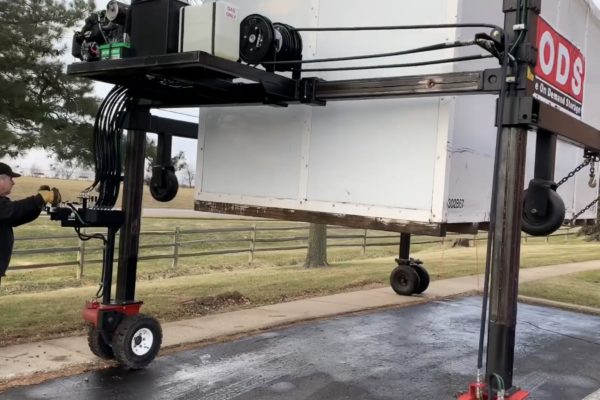 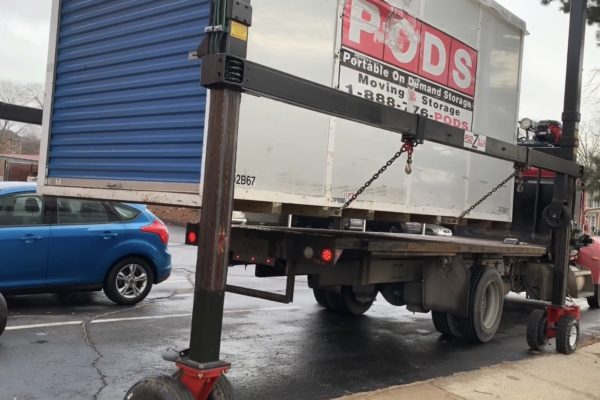 After my Christmas holiday trip to Los Angeles, I got a call and an email from the automated POD dispatch service. They give you a three-hour window for the POD truck to come and deliver your storage container. The truck driver gave me a call 15-30 minutes prior to arrival. Lucky for me, it was a clear day and the snow had all melted.

I asked the POD driver where the best place would be to put the container. There were two empty parking spots close to my building entrance. He said two parking spots would give us plenty of space for an 8’x16′ container.

An investment in Sterilite storage bins rather than cardboard boxes made sense to me. They were easily stackable and very durable. Some of the longer ones had wheels attached to them making them easy to roll into a POD storage container.

Rather than asking friends if they’d like to move some heavy objects over the weekend, I hired a couple of guys from Hire A Helper. Hire A Helper is a PODS affiliate and assists their customers.

I had an old sofa and dresser that I couldn’t give to family members and the Salvation Army wouldn’t pick up since it was on the second floor. When the Hire A Helper movers found out that I wanted to move these items to the dumpster, they said they’d take them for themselves. Since I’d already purged my home of most things, the movers only had to move a few of the heavy Sterilite storage containers. The minimum to hire helpers was for 2 hours at $60/hr. We were finished in a little over a half-hour, and they got some living room furniture for themselves. Not a bad deal for them!

PODS storage containers made it very easy for me to move everything a little bit at a time. It’s great for moving and storing a small amount of personal property. Their customer service was very helpful in scheduling and moving everything in a timely fashion.