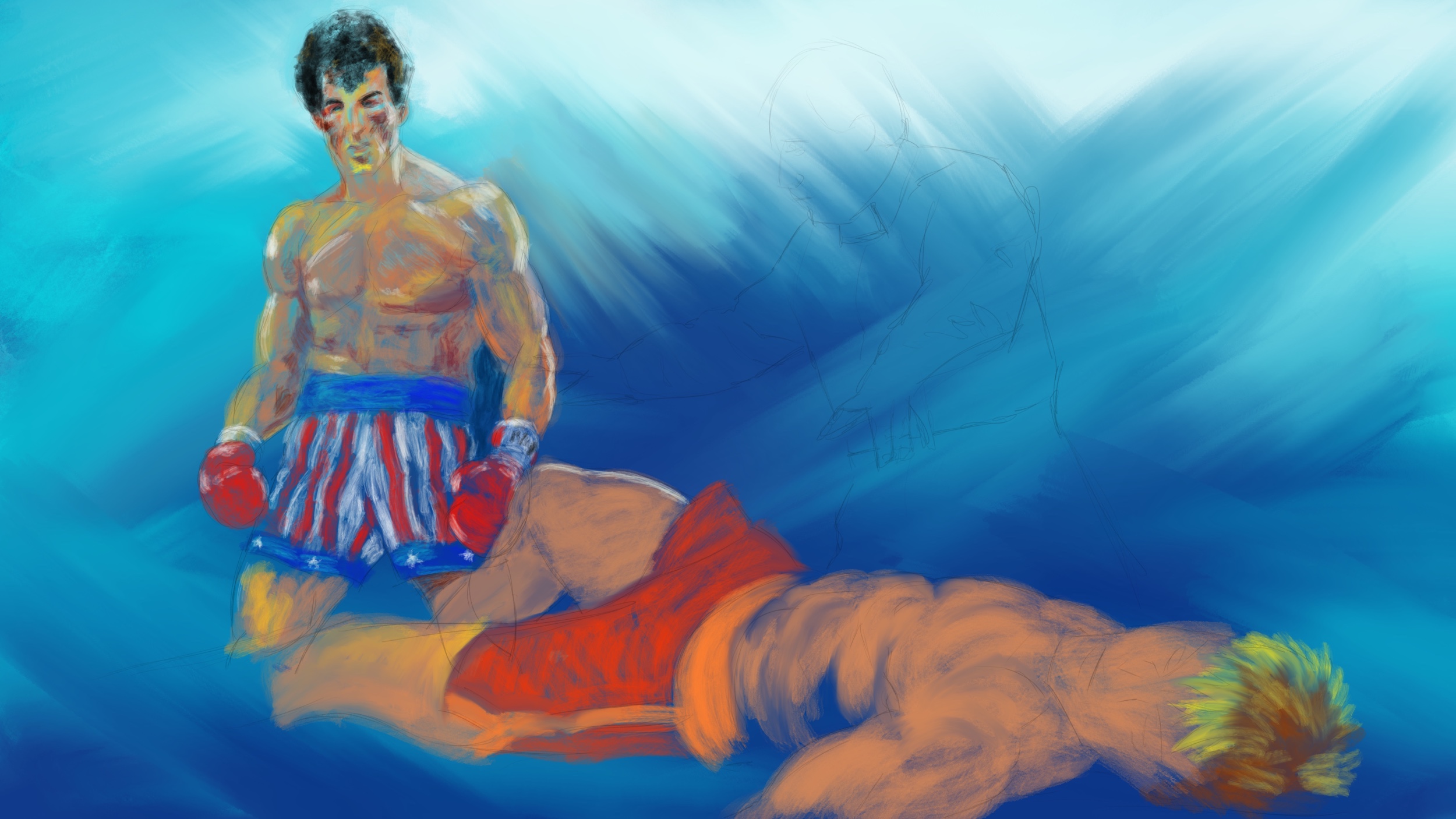 LeRoy Neiman was known as the go to painter for capturing sporting events in a colorful style. His paintings almost looked like they were moving with his use of brush strokes. I first saw Neiman’s work as a small child in Rocky III. You can see a few of his paintings in the Rocky III hotel training scene, as well as at the end of the movie sparring with Apollo Creed. Lately, I’ve wanted to develop a colorful expressionist style similar to his, but I didn’t know where to start. After searching the web for the LeRoy Neiman painting technique I seemed to come up empty. He did a few interviews that were interesting, but I couldn’t find a step-by-step guide to LeRoy’s style.

Leroy Neiman had been creating women’s high fashion drawings in Chicago department store Carson Pirie Scott when he connected with a copywriter named Hugh Hefner in the 1950s. Working for Hefner after he started Playboy, Neiman got to travel the world and openned the door famous people and events. His artwork included painting famous sports figures such as Muhammad Ali, who also liked to draw. The New York Jets even thought of him as a lucky charm as an artist on the sideline. Neiman’s paintings of sporting figures and events led him to painting a few pieces in Rocky III that also landed him a part in the movie.

Neiman’s brilliantly colored expressionist paintings of sporting events, athletes and entertainers capture the essence of what’s taking place in a moment of time. That’s what seemed to make his work so popular.

The LeRoy Neiman style is really defined by brush movement and the ability to let the colorful background do most of the work for you. In this blog, I’ll break down the drawing process I used on my iPad Pro and demonstrate in Procreate how to paint Rocky Defeating Drago in the LeRoy Neiman expressionist style. 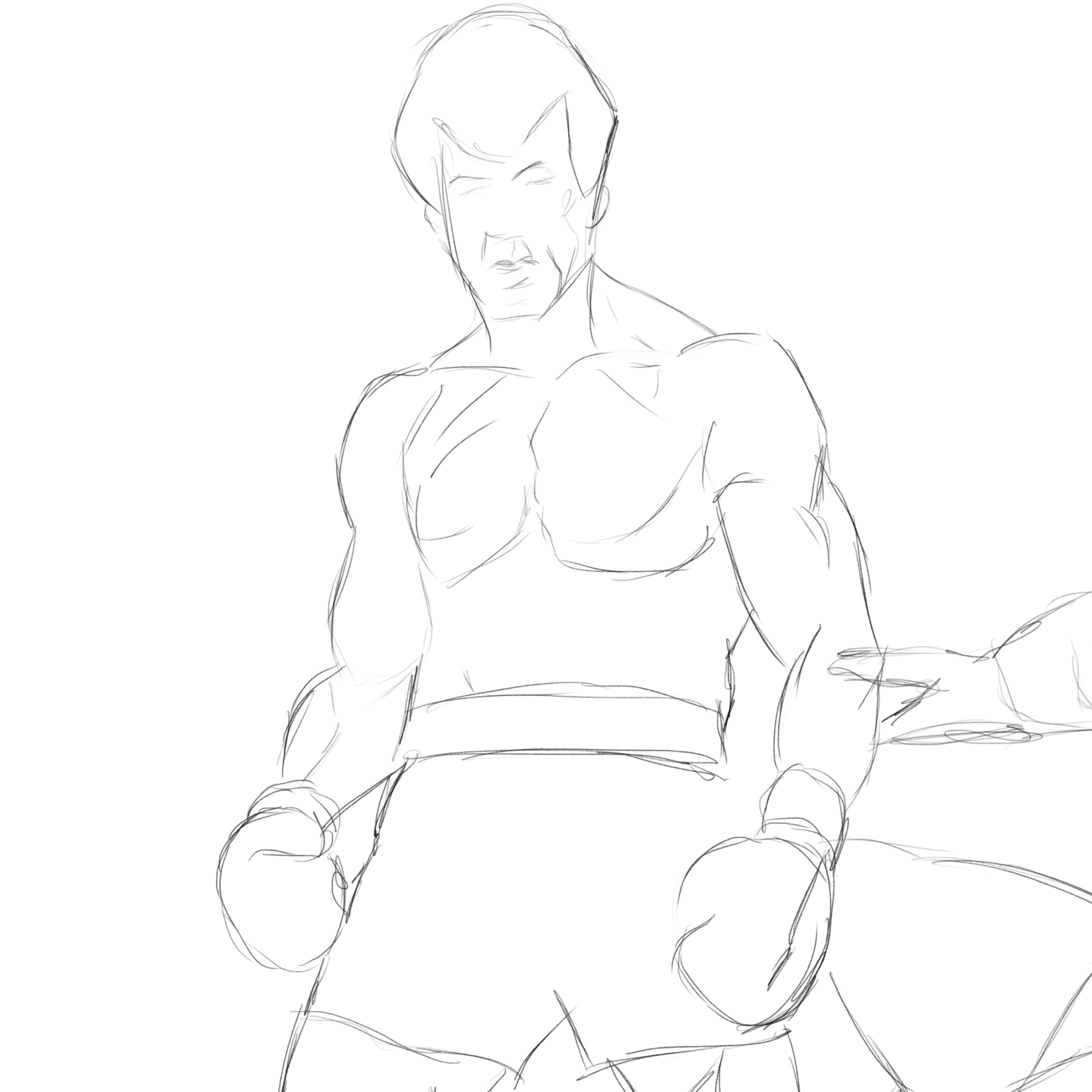 First, I create a sketch layer, and I start with a basic sketch of Rocky Balboa just to give me the framework for size and proportion. The sketch is my roadmap for how I’d like the subject positioned on the canvas.

Add a new painting layer underneath your sketch layer. Then lower the opacity of the sketch layer to you a level you prefer. I like lowering the opacity because I like only seeing it as a faint framework for my painting. 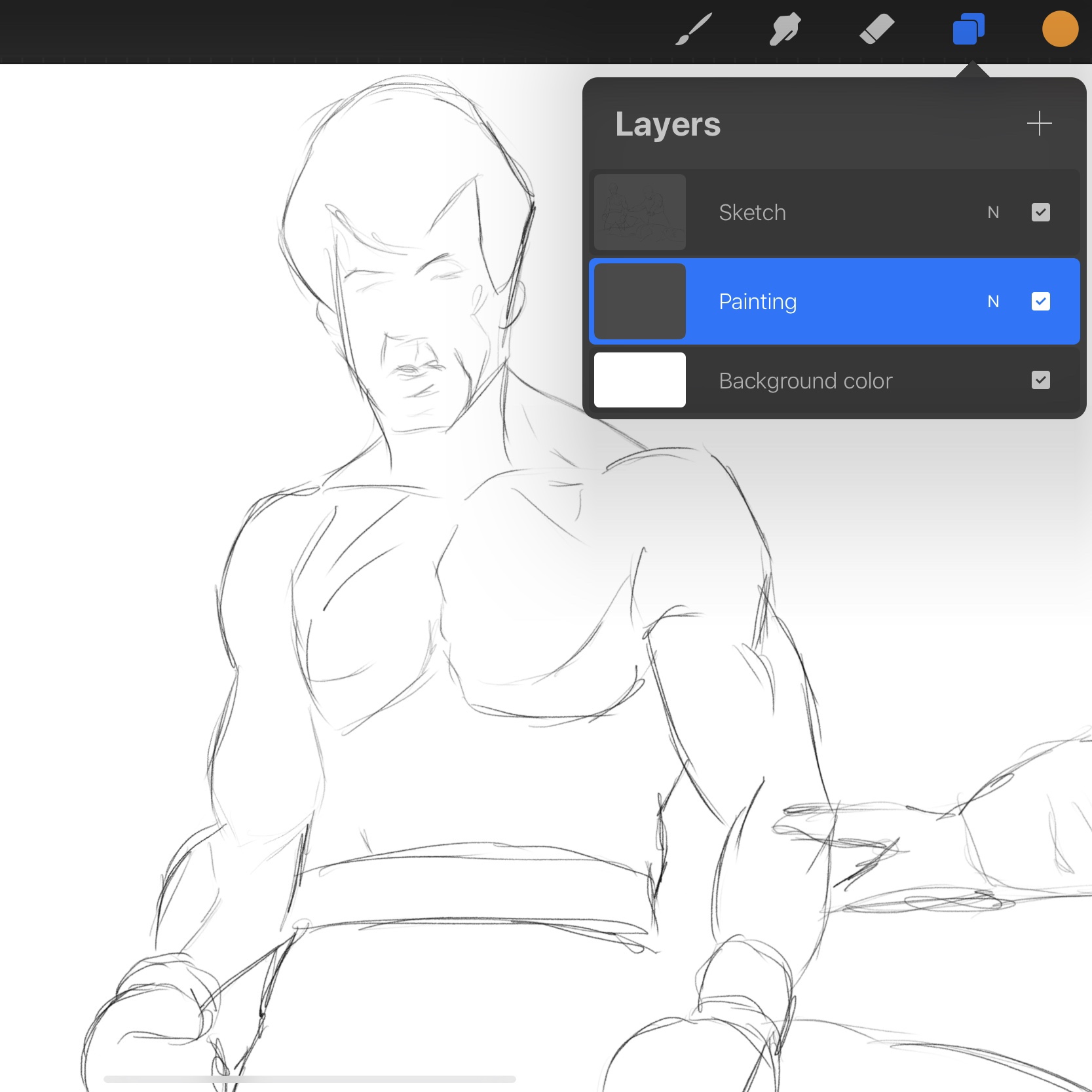 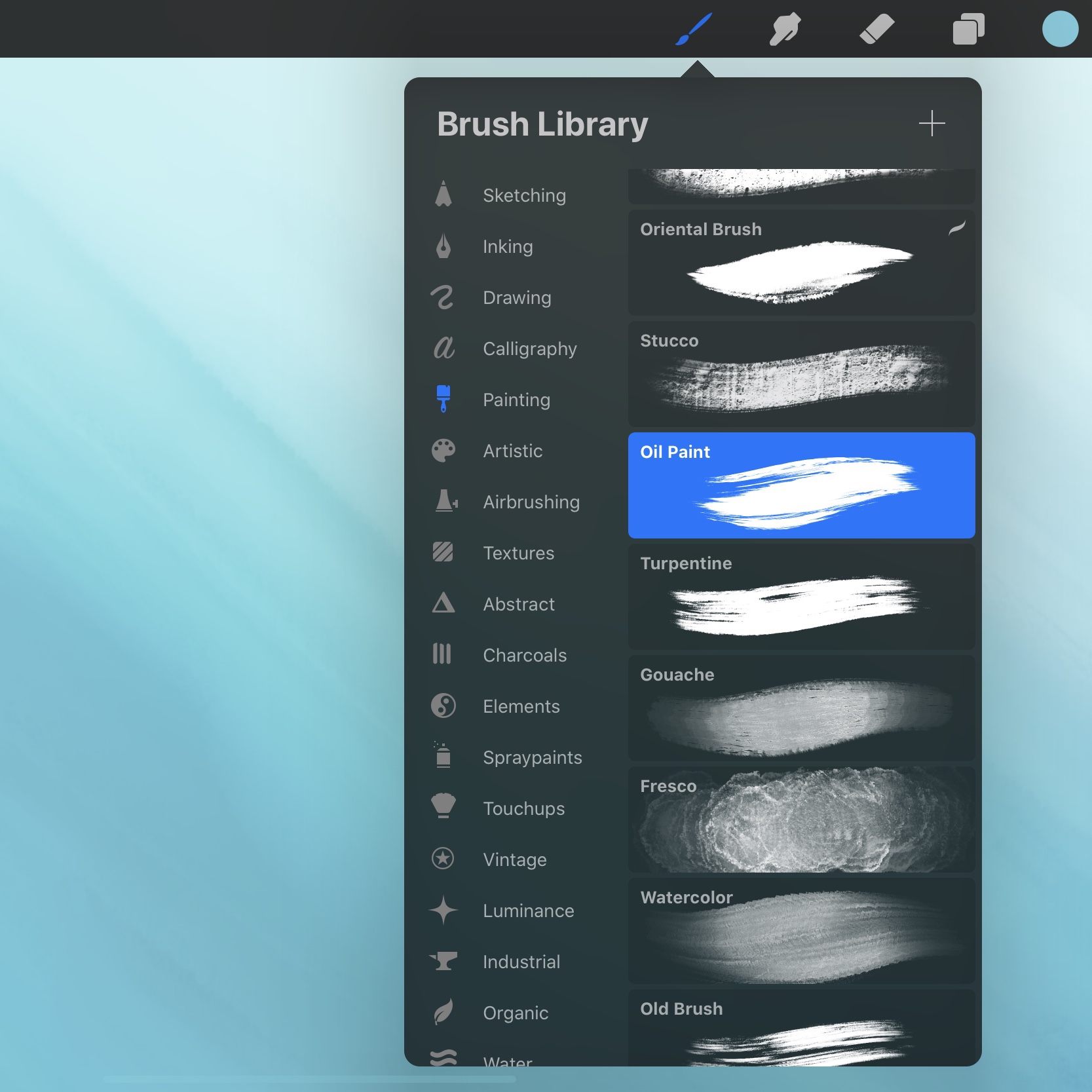 Step 3: Add Color to the Background

Now the fun begins, select the background layer. Now pick the “Oil Paint” brush found in the “Paint” category in the Brush Library. I found for the background this brush works best set to the largest brush size.

Using the “Oil Painting” brush, I randomly painted a cool blues to give a Neiman-like feeling of movement. 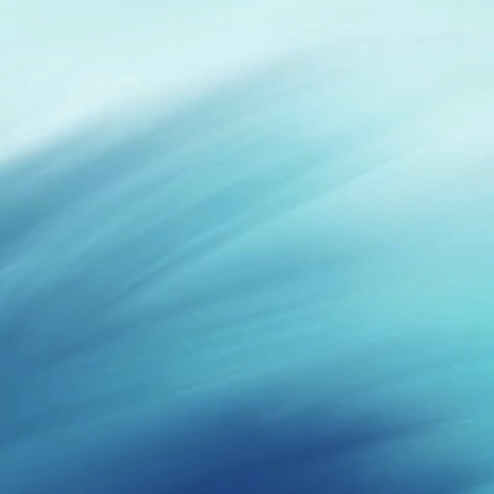 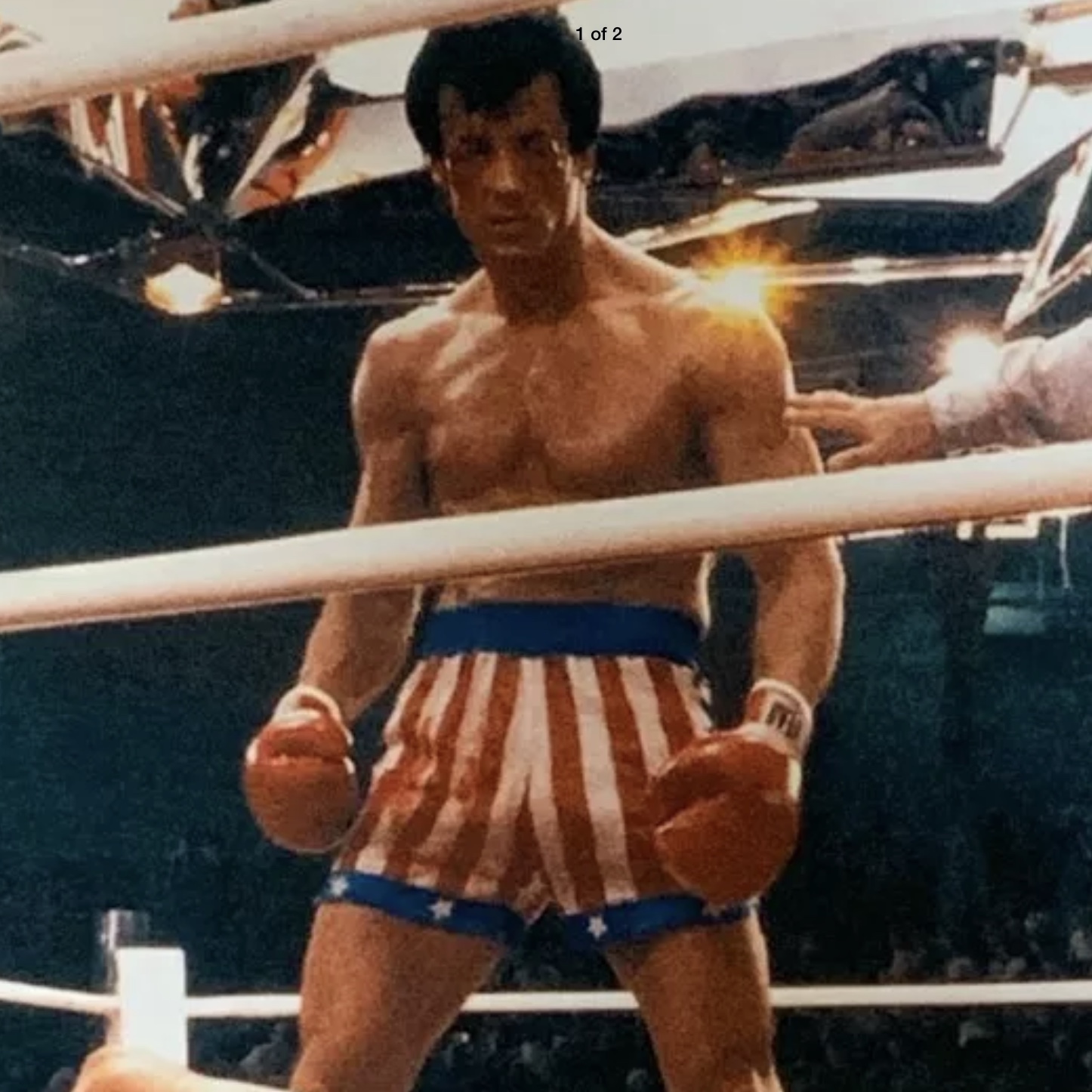 I decided to stick with many of the original colors from the reference image, but allow the underlying color of the background to come through. Use the background color to your advantage and allow it to do most of the heavy lifting to develop value.

I continued to paint on the “Painting” layer, but you can choose to create another on top of the backround layer. Uou want to start painting in your choice of colors to develop Rocky and Drago’s figure. I suggest lightening the opacity of the sketch layer when you feel comfortable painting without it. Continue to refer to a subject photo to determine value. 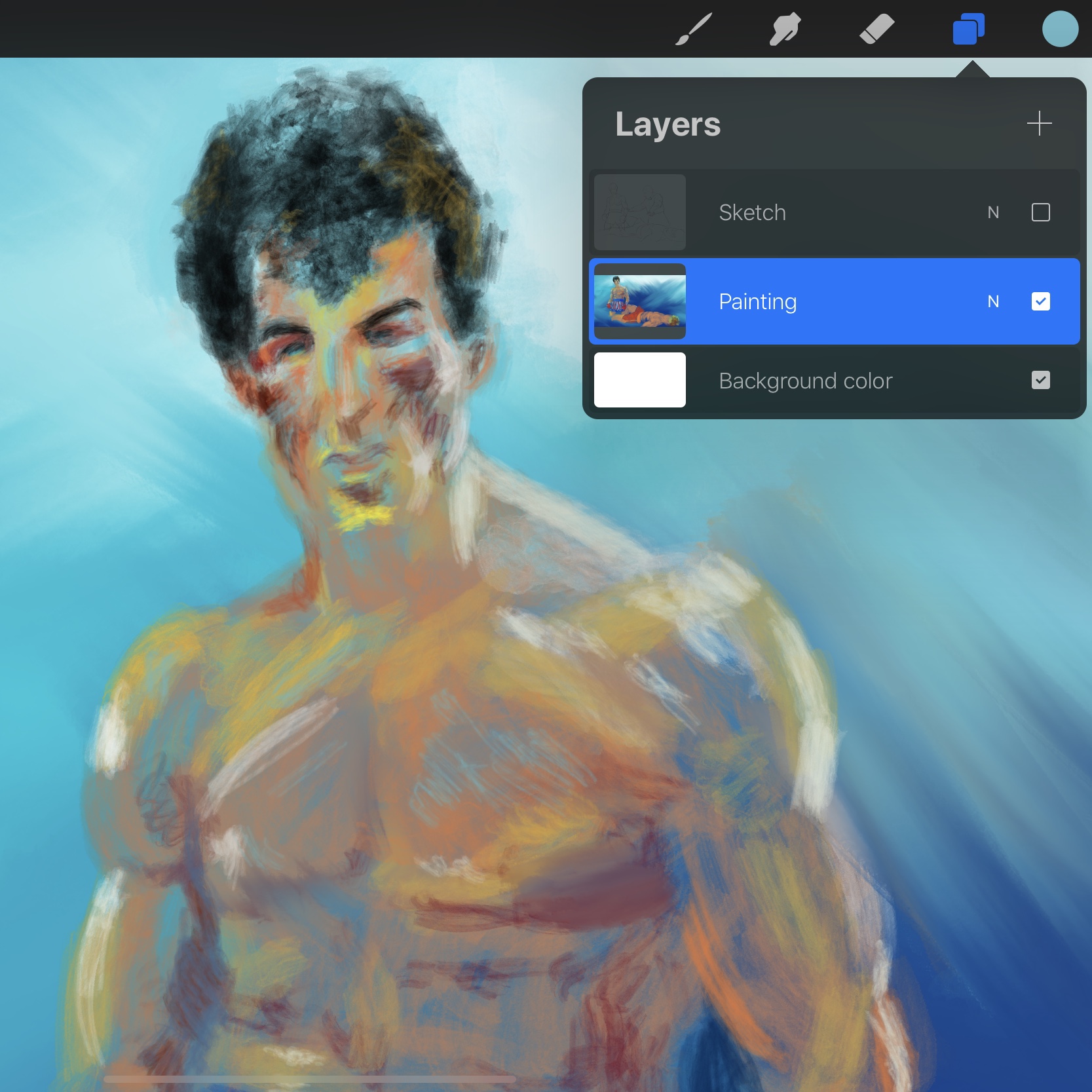