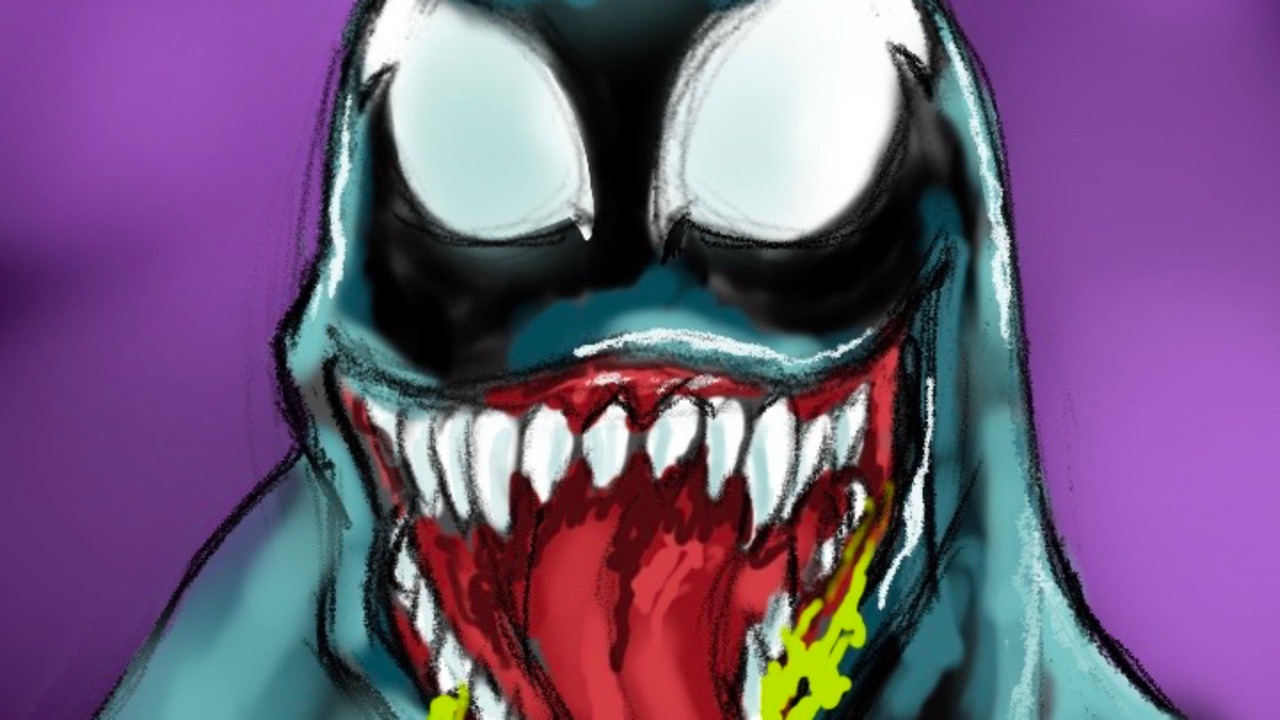 Speed Drawing: How to Draw Venom 2: Let There Be Carnage Drawing Tutorial

By Charles EllisonJanuary 2, 2022No Comments

This Venom 2: Let There Be Carnage drawing tutorial came about when the latest Venom movie was released this year.

In 1996, a young Cletus Kasady watches helplessly as his love, Frances Barrison is taken away from St. Estes Home for Unwanted Children to the Ravencroft Institute. On the way, Barrison uses her sonic scream powers to attack young police officer Patrick Mulligan. Mulligan shoots Barrison in the eye and suffers an injury to his ear due to her scream. Unbeknownst to Mulligan, who believes he killed her, Barrison is still taken to Ravencroft where her abilities are restricted.

In the present day, Mulligan is now a detective and asks journalist Eddie Brock to speak to serial killer Kasady in San Quentin State Prison, as Kasady refuses to talk to anyone other than Brock. After the visit, Brock’s alien symbiote Venom deduces where Kasady has hidden the bodies of his victims which gives Brock a huge career boost. Brock is then contacted by his ex-fiancée Anne Weying, who tells him that she is now engaged to Dr. Dan Lewis, much to Venom’s displeasure.

Kasady, who was found guilty of his crimes and earlier sentenced to death by lethal injection, invites Brock to attend his execution. Brock speaks to Kasady again and the latter insults Brock, provoking Venom to attack Kasady. Kasady bites Brock’s hand and ingests a small part of the symbiote. Back at their home, Venom has an argument with Brock about wanting to have more freedom to eat criminals, and the symbiote decides to leave Brock’s body and go off on its own.

As Kasady’s execution begins, a red symbiote emerges and blocks the injection. Named Carnage, it goes on a violent rampage through the prison, freeing inmates and killing guards. Carnage agrees to help Kasady break Barrison out of Ravencroft in exchange for Kasady’s help eliminating Brock and Venom. Mulligan visits Brock at home and warns him about the situation. At Ravencroft, Kasady frees Barrison and they travel to the St. Estes children’s home to burn it down.

Mulligan grows suspicious of Brock and arrests him. Brock contacts Weying as his lawyer and reveals that Venom has separated from him. As Venom makes his way through San Francisco by hopping from body to body, Weying finds him and convinces him to forgive Brock. Venom reuintes with Brock and they escape custody. Kasady takes Mulligan hostage and Barrison captures Weying, taking them both to a cathedral where Kasady and Barrison plan to get married. Brock and Venom arrive to fight Carnage while Barrison seemingly kills Mulligan by hanging him with a chain. Venom is overpowered by Carnage, but provokes Barrison into using her powers to separate Carnage and Kasady. Venom absorbs Carnage and kills Kasady while Barrison is crushed by the collapsing cathedral. Later, a still living Mulligan’s eyes flash blue.

Brock and Venom, now fugitives, decide to take a vacation while they ponder their next steps. As Venom tells Brock about the symbiotes’ knowledge of other universes, a blinding light transports them from their hotel room to another room where they watch J. Jonah Jameson reveal Spider-Man’s identity as Peter Parker on television.